In the data-heavy environment of architecture and VDC, managing and distributing data among team members can be particularly challenging. For architecture and engineering firm Mead & Hunt, finding a solution that could keep their workforce connected in a way that was scalable has been a crucial part of their success. In the last two years, they’ve had 50% growth, and over the last five years they’ve doubled in size, with a little over 900 people working at 38 locations across the United States.

Mead & Hunt is a large firm that has a 120-year history, and they are in the top 50 for transportation engineering consultants in the US, working on airports and other large-scale transportation projects included in their eleven different disciplines.

Andy Knauf, CIO of Mead & Hunt says that the firm has been able to grow at this rate and manage such a large team because they switched from a cloud file system to a cloud desktop solution from Workspot that was more scalable and easier to deploy, and that it ultimately allowed them to continue working during the work-from-home measures implemented across the United States in response to the COVID-19 pandemic.

Search for a Solution for Many Small Offices

About seven years ago, the firm setup a cloud hosting solution that involved installing servers at each of the 25 offices that they had at the time. By creating one central file structure, they were able to create and maintain one source of “truth” so that employees working on a project couldn’t overwrite files, and they could be checked out when they were being worked on. While this solved the problem of overwriting and having to slowly transfer files back and forth, the solution still made it difficult to be nimble.

“When you have an office with only 3 or 4 people in there, your only option was to put in a controller in that office – and that didn’t scale well. In addition, I’d have to send a team to go and set that up, and it just didn’t work out that well.” 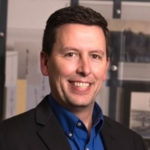 When searching for a solution that would enable quicker setup and less costly scaling, an opportunity presented itself. Six people were leaving another competitor to join Mead & Hunt, and Knauf found himself needing to set up an office in about three weeks.

“It is pretty much impossible to set up an office in three weeks – you can’t even get fiber in an office that quick.”

So Knauf turned to Workspot, a cloud desktop solution they had been testing, to see if it could solve the need for such a quick turn around.

“I bought some inexpensive laptops and a cable modem, set down a router, switch and a wireless access point, set everyone up with Workspot and it worked.”

Since that first office got up and running so seamlessly, Knauf began switching all of their locations with less than 20 people to Workspot. Over time, they began removing the expensive controllers and converting them to Workspot.

For those offices that had not been converted, several unexpected events allowed Mead & Hunt to leverage the cloud desktop infrastructure systems even further.

“We’ve had a couple of disasters – we have offices that were hit in hurricane areas and we were able to spin up workstations in less than 3 minutes to get people working. This last event, we bought 170 workstations and set them up in less than a week, and turned them over to users.”

For some employees, coming to work at Mead & Hunt’s cloud-desktop-enabled offices was a bit of a culture shock. For new employees that were used to working on the most powerful (and usually expensive) laptops available, to be handed a $400 laptop sometimes felt like they weren’t being taken seriously, says Knauf.

After employees started using Workspot, the feedback was positive, and one of the unexpected benefits was that it enabled their employees to have more flexible workspaces. The employees with Workspot could be at home or working in a Starbucks, or wherever it might be.

This has been incredibly helpful during the COVID-19 crisis that has sent most of his workforce to work from home.

“It is business as usual for us – we haven’t fallen off at all. 99% of our staff is working and they are all doing it out of their homes right now.”

Because a majority of what Mead & Hunt works on are federal, state or local government jobs, stopping because their workforce was unable to go into their offices was not an option.

“If you can’t meet those deadlines, there are penalties and fines, and not to mention you’re not going to get that job again next time. The government doesn’t care what your excuses are, they just expect you to get it done and figure it out.”

Despite having initial push back when pushing for cloud solutions at the beginning of his career, Knauf says that the COVID-19 crisis has made it abundantly clear that having a cloud desktop infrastructure has provided Mead & Hunt with a competitive advantage that has allowed them to continue normal operations.

“It is nice when you put together a plan and get it situated, and then when you have to open up that emergency box and use tools inside of it. That first aid kit isn’t any good if you don’t keep it stocked with tools to get you better, and that’s what we did.”